If you’ve been sleeping under a rock or haven’t been paying attention (METAL, you were supposed to write an article on the technical aspects of the VMAs, not why they suck, which they don’t!) Roar is going wild on my playlist! Apparently, she will be performing the song in an undisclosed location in New York which is a little scary. Ok, very scary, but regardless, one thing’s for certain, she won’t be the only one ROOOOOOOOOOOOOOOOOOOOOOOOOOOOOARRRRING!!!! ( I’m going to be singing it too as well, obviously)

When I broke the news that NSYNC would be reuniting at the VMAs and then broke the news that they wouldn’t be, I went through a roller coaster of emotions worse than when I when I found out Chad Michael Murray wasn’t returning for the seventh season of One Tree Hill. I have already planned on baking a delicious butterscotch NSYNC cake so if that’s not incentive enough for them to have their reunion on this year’s VMAs, I don’t know what is! All I know is if JT, Lance Bass, JC Chasez, Joey Fatone, and the one that looks like a Muppet do show up, I may be having a Gaga-level freakout. 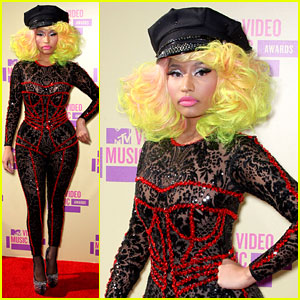 Miley recently went on Twitter to announce that she’d proomise to tear down the house during her segment at the VMAs, where she’d most likely be performing her mega-hit “We Can’t Stop.” With an all-star, OMG lineup including Katy Perry, Justin Timberlake, Robin Thicke, Macklemore and Lady Gaga ( DOUBLE OMG), she’s going to have to twerk for her lifel if she thinks she can steal the show.

Going back to my DOUBLE OMG, Lady Gaga will be opening the VMAs with a performance of  “Applause” raising the diva level of the award show 5,000 points. Imagine if Beyonce came onstage with her and performed “Phone Call”?! A girl can only dream.

After recovering from all the glam and chique from the red carpet, it’s COUPLE WATCH!!! Who’s going to be this years fab couple? We’ve had everything from Nick Lachey and Jessica Simpson to Justin Bieber and Selena Gomez. My choice for this year? Kanye West and Kim Kardashian! Will they be bringing little North West? Will Kanye hold himself back? Will there be a season 9 of Keeping Up With The Kardashians? Get ready for the best VMAs ever!