Move over Bruno Mars, Miley Cyrus, Justin Bieber, Lady Gaga, and even Justin Timberlake. When it comes to hosting “SNL” y’all got nothing on my boy Drake who killed it on Saturday.

Drizzy did it all: He read Hebrew, nailed impressions of Lil’ Wayne, a young HOVA, and Katt Williams, and he even LARPED! 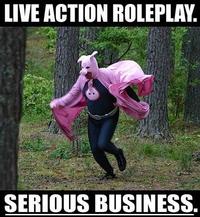 While crappy “SNL” hosts get push aside, given a handful of small roles throughout the night, champions like Drake get featured in each and every sketch. Right off the bat, Drake was given the opportunity to impersonate A-Rod and he did not disappoint.

From there things only got hotter, as Drake went back in time to his Bar Mitzvah during the opening monologue. That was followed by the dopest sketch of the night, a nod to Drake’s starring role on “Degrassi” which featured clips of other rappers on TV shows.

Watching Drake transform into Weezy playing Urkel on “Family Matters” was so hilarious it had me shooting butter beer out of my nose holes!

I haven’t he mentioned how Drake made the most of musical skillz, fitting four songs into his two performances. For his first time out he got things hot with “Started from the Bottom” then finished things off with “Trophies.”

In round two, he brought out the big guns, leading off with “Hold On, We’re Going Home,” then ending on a fine note with “From Time” which featured the lovely Ms. Jhene Aiko.

Is Drake the greatest “SNL” host/musical guest ever? Let us know in the comments below!