The Replacements and a bunch of other people who aren’t as important were nominated for induction into the Rock & Roll Hall of Fame. Not that I really care about something so silly as a Hall of Fame for “Rock & Roll” (whatever that means), but I guess its nice to see The ‘Mats getting the respect they deserve, even though there isn’t a snowball’s chance in Satan’s domain they’ll actually be inducted.

The same can’t be said for Nirvana, who are essentially the biggest lock to make into the Hall’s class of 2014. Oddly enough, Metal and I have very similar feelings about the band, but when it comes down to it, they’re not terrible. And that’s something in my book.

Other nominees include the terrible KISS (whom Scene is inexplicably obsessed with), NWA (why not?), LL Cool J (let’s just say his putrid acting makes his music seem somewhat decent), Peter Gabriel (yes), Yes (no), and Hall & Oates. Oh, Hall & Oates. If only they could just vote in Oates’ mustache. 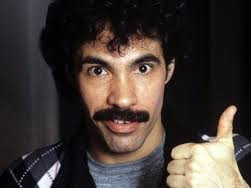 Lucky for you, fans can go vote for their favorite artist over at RollingStone.com now through December 10. The top five vote-getters will represent the fan ballot, one of hundreds of ballots that will help to determine who will get in the Hall. So basically, your vote basically means nothing. Ah, “democracy” at its finest!

Which nominated artists deserve to be in the Rock & Roll Hall of Fame? Let us know in the comments below!