I know enough about the culture of Hip-Hop that most of the names of the rappers I hear about use stage names, and it’s usually difficult to find any acts that use the name that was given to them when they were born. Why they don’t use the names their mothers gave them, I won’t know. However, some rappers, like Snoop Lion, can’t seem to hang on to even ONE fake stage name! No need to be greedy Mr. Lion! 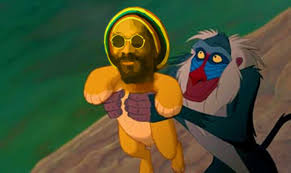 Of course, I’m addressing the wrong person as Snoop Lion has decided to change his name ANOTHER time. Previously, according to his Wikipedia page, he was called Snoop Dogg. While spelled incorrectly, it was the name that most people know him by, and the one most people still call him by, regardless of his name changes. This time around, Snoop Lion has gone completely bonkers and changed his name to Snoopzilla!

Snoopzilla? I mean, at least, with dog and lion, he kept his name grounded in reality with names of real animals. Combining his name with Godzilla? Well, that’s a bit overboard. What’s next? Snoop Dragon? Snoop Kong? If he wants to change it again, why not change it to Snoop Flowchart. Oooooh! Snoop Flowchart. You know, that has quite a nice ring to it. Take my advice, Mr. Zilla!

What’s with all the name changes, Snoop [insert new animal]? Sound off in the comments below!