Salutations. I’m sure you are all wondering why it’s been so long since I’ve made one of my enlightening articles. Well, it’s pretty obvious that things at the MyMusic office have been busier than ever. I’ve had to deal with shuffling around seating, which is much more difficult than it seems I might add, along with phone conversations with Shaman. I tell you, I love the guy, but when he starts talking about his issues with Viking, which I’m not saying I haven’t been open to listening, he has no endpoint. I can understand dealing with rocky relationships, and now seems keen to bring up another Loco Uno reference, which I’ll spare you with, but the man has to stand up for himself.

Anyways, amidst all that, I’ve been trying to keep afloat through all the muck and mainstream filth that was the VMAs. Anointing Idol as the official VMAs blogger for MyMusic was one of my many recent strokes of genius. Not only did it receive the most hits out of all the articles, we received hits from countries you’ve probably never heard of. It was almost enough for me to forget all of Intern 2’s articles. Fear not though, this isn’t all just a status report, there is actual news to be had. 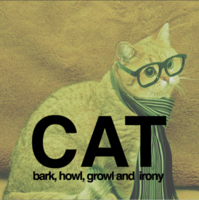 Paul McCartney, the leader of the all-too popular band, The Beatles, released a new single entitled “New,” from his upcoming album, “New.” His new single, “New” from his new album, “New.” I kid you not. Bordering on a somewhat clever idea for the title, his new album promises to give a Beatles-esque sound many claim to be “nostalgic.” I’ve hated that word ever since it got so popular in the 90’s, went back underground for a couple of years, and then back up for the rest of the 00’s.

Personally, Paul had a good thing going. He hadn’t released an album with new music in six years and his songs began creeping into the basement of my music rounds. (Let’s just say if it’s reached the basement, I am somewhat aware of its existence.) Now he has to rise up again in the limelight and become mainstream mush all over again. To tantalize his fans, he played a game of Mad Libs on Twitter.

Very funny, McCartney. Leaving out the words in your Tweets revealing your title is so……..groundbreaking. Sarcasm aside, his single is below to listen if you choose to do so.